Whoever said that watching football is a waste of time has never been to our QPR Live Viewing Party! Yes, it’s a PARTAAAY this Saturday 13th April 2013 at Sunway Giza! Come and watch QPR vs Everton FC on the big screen, and stand to win a TICKET to Loftus Road, London to watch QPR live this May!


Presented by AsiaAirsia QPR Live Viewing Party - Come to watch the Everton FC vs QPR match on the big screen and stand a chance to win tickets to Loftus Road, London to catch QPR Live this May 2013.

That’s not all! Many more exciting prizes up for grabs. Time to party with AirAsia there (or be square). Come on you R’s 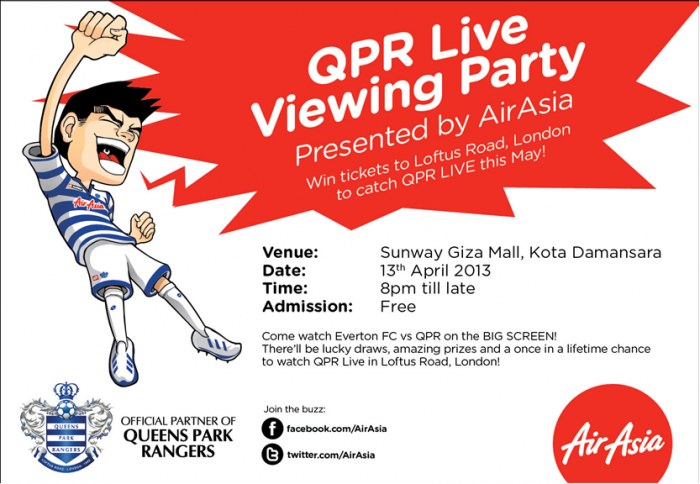