All About Jeff Love & The City Live In Genting 2014

The Taiwanese pop singer Jeff Chang is going to perform in Arena of Stars, Genting Highlands on 08 March 2014


Jeff Chang Shin-Che (张信哲) Born in Yunlin, Taiwan on 26 March 1967, he started off his showbiz career by winning a singing competition whilst still in college. Since then, he has taken the Chinese pop music world by storm and has become famous for performing sentimental Mandarin pop ballads. He has also released a string of highly successful albums starting from 1989 up to the present day which brought him the title “Prince of Love Ballads”. 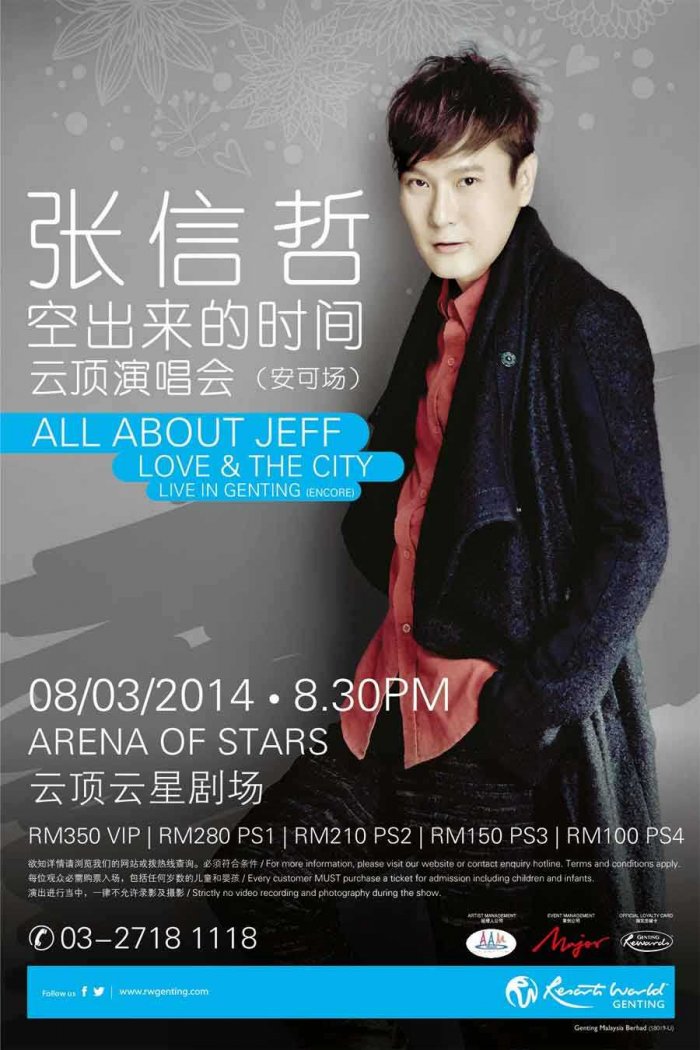