MAYDAY No Where World Tour Live in Malaysia 2013

Jointly presented by Tunetalk Mobile Prepaid and MyEG, the MAYDAY No Where World Tour Live in Malaysia 2013 scheduled on March 2nd, 2013 at Putra Indoor Stadium, Bukit Jalil achieved yet another milestone for MAYDAY with tickets fully sold in 8 hours! The organizer, Star Planet subsequently announced an extra show on March 3rd. Both shows will start at 8pm. 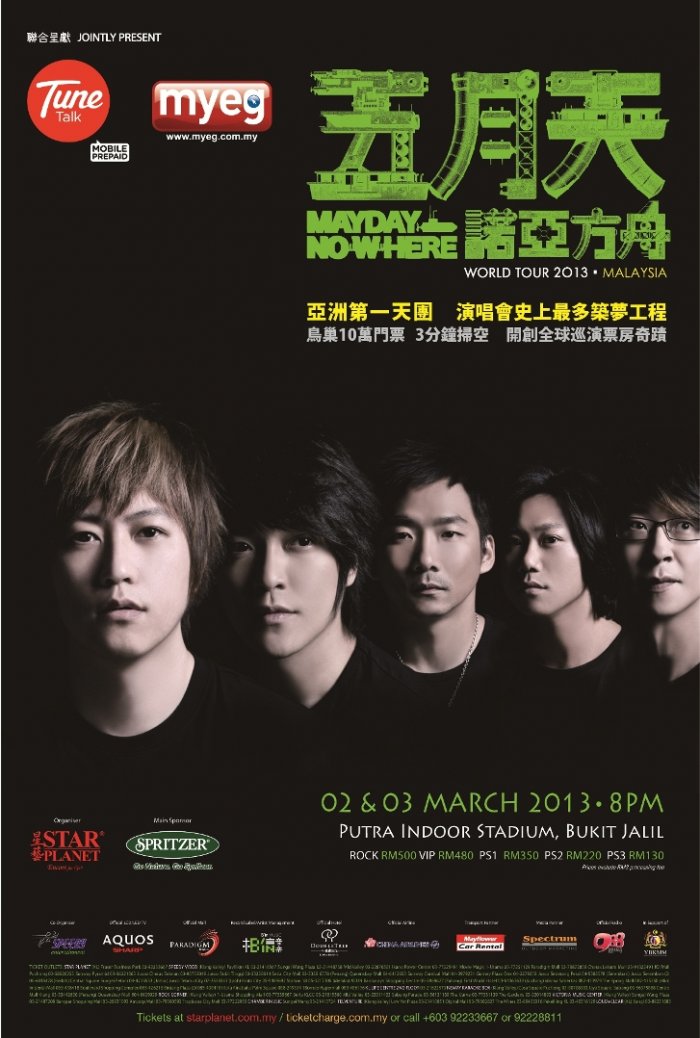