Chelsea Football Club\'s fans in Malaysia are all abuzz with excitement for the English Premier League team’s 2013/2014 pre-season tour. This year\'s summer tour has been made possible once again by the concerted efforts of the Football Association of Malaysia (FAM) and ProEvents Group, who have been responsible for bringing all top European teams who have visited Malaysia since 2001.

The Malaysian XI is looking forward to playing Chelsea again and they hope to reverse the scoreline in Malaysia\'s favour. Chelsea won 2-0 in 2008 and 1-0 in 2011. 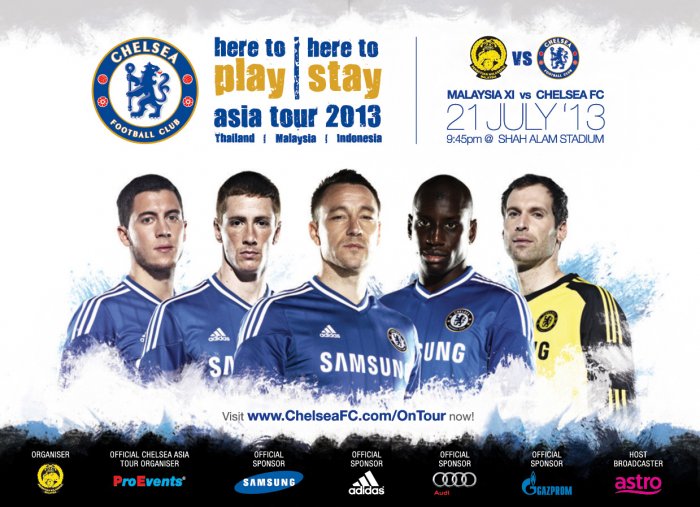