Janice Vidal who in 2004 set Hong Kong ablaze with her English rendition of Leon Lai\'s \"Long Distance\" (情深說話未曾講) and a Christmas version of \"Bu Ke Yi Shi\" (不可一世). Even though the covers were broadcasted via radio, she was a mysterious singer as nobody from the public had seen her face. Her sweet and demure voice had many people guessing that a western artiste was behind the covers, but they were subsequently shocked to find out that the singer was a Hong Kong rookie who could sing like an angel. Janice, who is of Chinese, Filipino and Korean heritage, was initially a background vocalist for Leon Lai but her voice and natural beauty stood out, not only capturing the hearts of the music company\'s directors, but Leon Lai himself. Her face was finally revealed during the unveiling of her debut album \"Day & Night\" released on 13 April 2005, which became an instant hit. She went on to release a second album, \"My Love\", which is a rarity for newcomers in Hong Kong, and swept all the female newbie singer awards that year. In April 2010, Janice won the award for highest record sales (female artist) at the 2009 Hong Kong IFPI Awards. To top it off, her albums “Serving You” and “Wish” were named among the top 10 best-selling Cantonese albums of 2009.

Aarif Rahman, or more popularly known as Aarif Lee, may be born and bred in Hong Kong but he has Malaysian blood in him. His father is a Malaysian of mixed Malay, Arab and Chinese ancestry while his mother is from Hong Kong. The Hong Kong music scene first took interest in Aarif when he was revealed to have written all the lyrics in Janice Vidal\'s 2009 album \"Morning\". In his debut album, eight of the ten songs were solely composed, arranged, and produced by Aarif himself, and he penned the lyrics to two of the English songs on the album 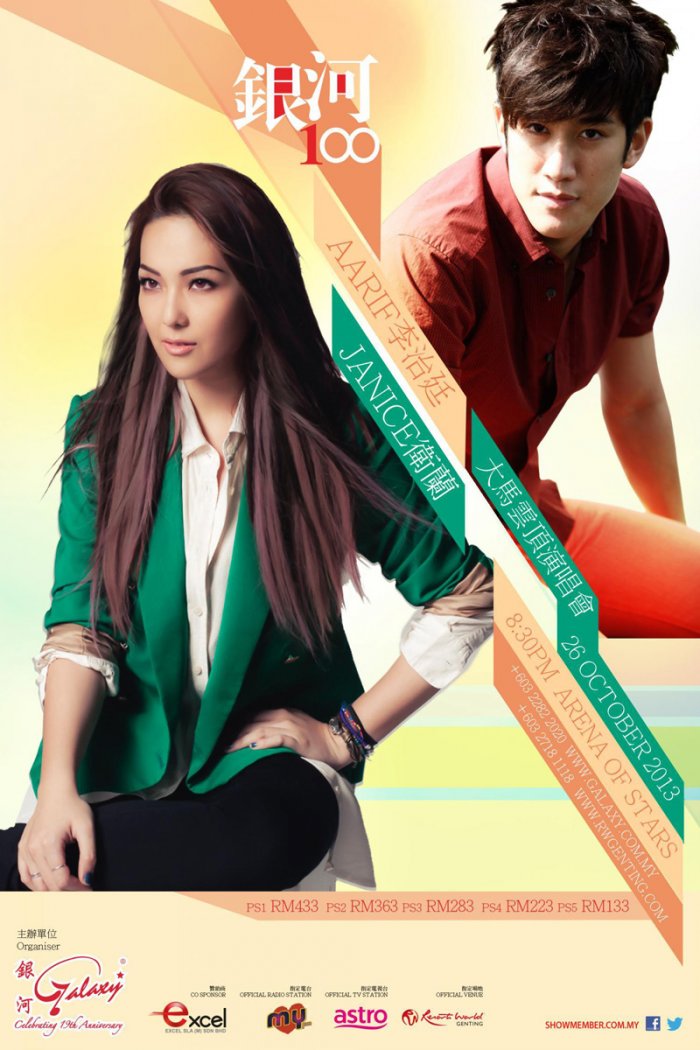