Organised by Jazzy Group, the concert tickets will be start selling on Thursday (19/10/2013) at 10am onwards, ticket price :


VIP tickets (limited 300 pax), which include high five and photograph session, only available in JAZZY GROUP office. You may come to our office or call our hotline 03-5622 1600 to purchase the tickets. Hurry up and grab the VIP tickets before it sold out! 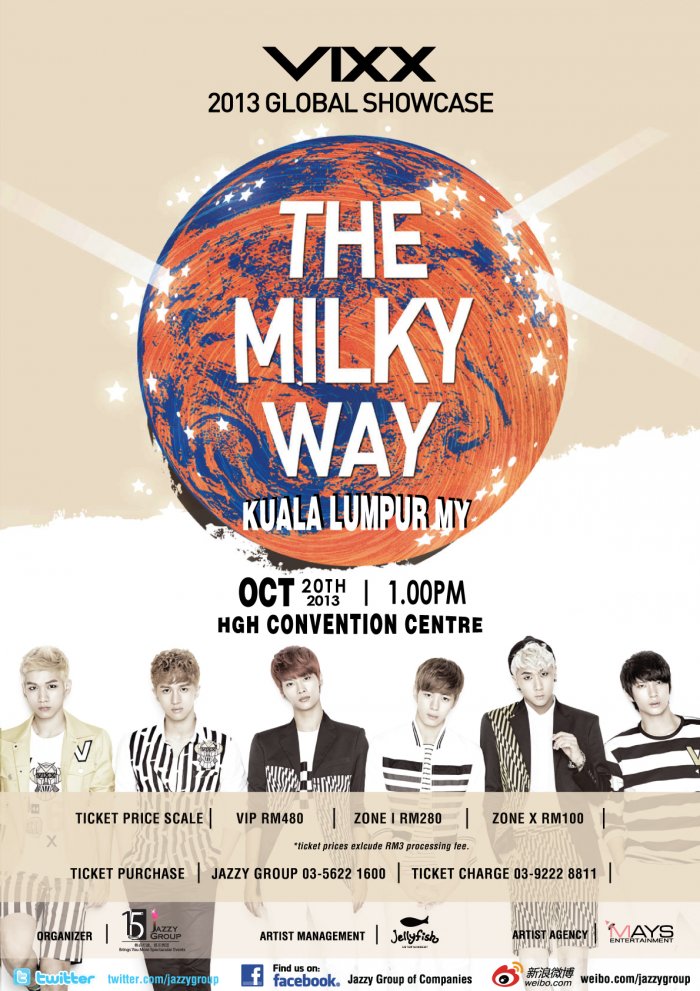