Organized by Star Planet, Super Junior World Tour ‘Super Show 5’ to happen in Malaysia. Fans were thrilled at the news that much-awaited K-pop super idol boy group will return to Kuala Lumpur to stage their live concert at 5pm, on November 23rd, 2013 at the Putra Indoor Stadium, Bukit Jalil.


Just when the Super Junior ELF fans thought that Malaysia is probably fallen out of Super Junior’s “Super Show 5″ World Tour grid, they should be over-thrilled at the fact that the organizer, Star Planet, officially announced that the much-awaited K-pop super idol boy group will return to Kuala Lumpur to staging their live concert.

Acclaimed the undisputed King of K-pop music, Super Junior has performed to more than a million audiences since they started touring in 2008. Since the release of their best-selling album \"Sorry, Sorry\" in 2009, the group has led the K-pop wave to a global scale. Each member of the group is unique and posesses distrinctive talent from powerhouse vocalist to MC, DJ and actor. When come together, they unit to shape bigger dreams and created gigantic impact on th eKorean music scnene. 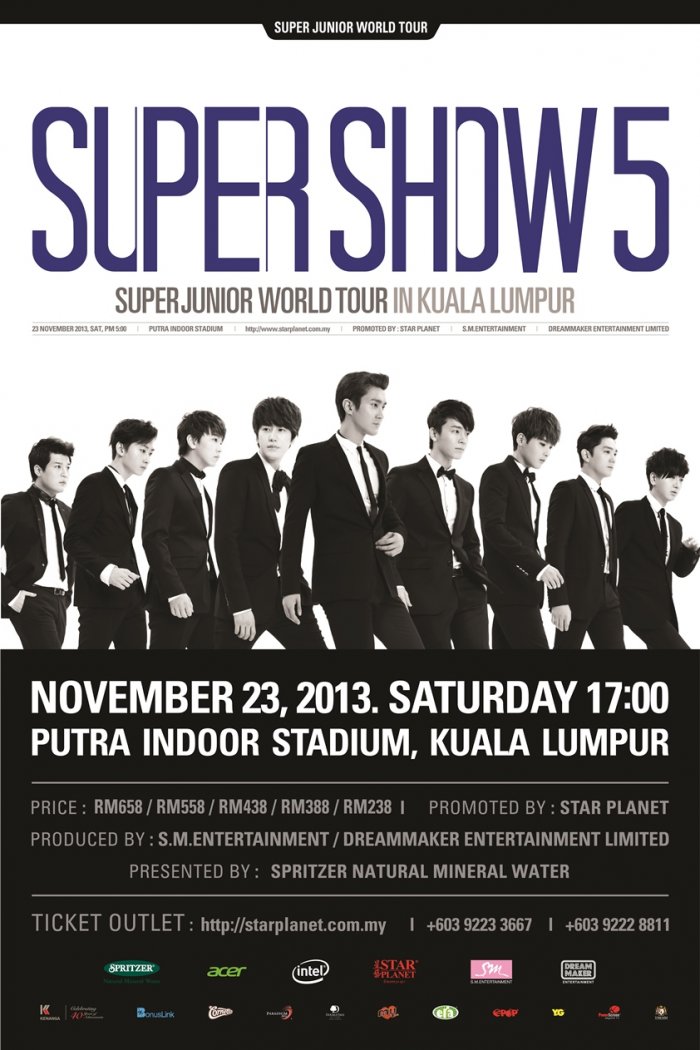