The last 4 years have seen the DJs rise to celebrity status on a tidal wave of dance music that\'s come to be called EDM (electronic dance music) by the press and fans alike. The pounding sounds of EDM have also been popularized on Top 40 radio with famous singers from the pop and R&B music genre joining its ranks.

Headlining this event will be a face now pretty much a household name in the electro realms of dance music, and totally familiar and well loved by Malaysian electro fans. Grammy nominated US DJ/producer Steve Aoki, as much known for his acrobatic crowd surfing stunts, throwing cake at fans, spraying drinks, and riding rafts on the dance floor, as his music productions, will return to delight his Malaysian fans,Now ranked No. 8 in that DJ Poll of all polls by British club magazine DJ Mag, he’s also been ranked by Forbes as one of the highest paid DJs in the business..

Supporting Steve Aoki will be an impressive array of international reknown DJs such as his constant co-collaborator ANGGER DIMAS from Indonesia. DJ and producer Angger Dimas represents Indonesia’s national music dish with his mash up of chopped beats and pumping synths that are topped off with some Dutch inspired spicy sounds! Angger has constantly been rocking the best parties & clubs throughout Asia, was booked to perform at the world’s biggest festivals Tomorrowland, Belgium and at Insomniac’s Nocturnal Wonderland,

To round off the first list of DJs participating will be our very own Mr Fluff .Malaysia\'s multi-talented, big haired music producer, singer-songwriter, musician and renowned club DJ who has travelled to Las Vegas and performed alongside Gym Class Heroes, Erick Morillo, Kanye West, Paul Oakenfold and many more.

The DJs stated are only 3 of the many more star studded international DJs which will be announced in the weeks to come to what promises to be a wet in the water dance fiesta to kick off 2014 festivities with a splash. 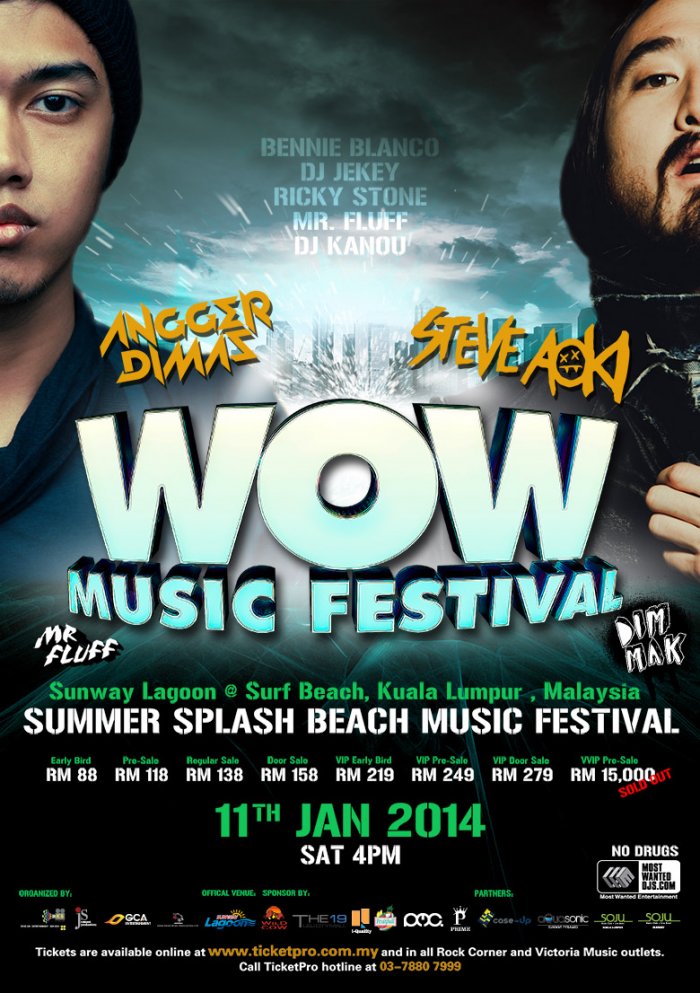